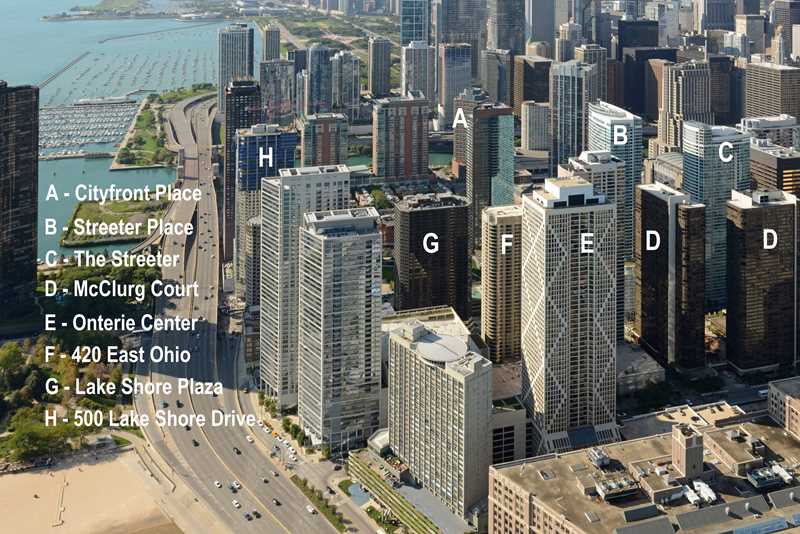 The first posts in our series on the best Streeterville apartments spotlighted the buildings with the best views and most convenient access to grocery shopping, public transportation, parks and beaches and the expressway grid, and the shortest walk to the Loop.

Proximity to dining and nightlife is probably a bonus factor rather than a primary consideration for people who opt for living in Streeterville, but the buildings closest to Michigan Ave afford residents a genuinely attractive array of nearby options.

The best of those options, i.e., the ones with the most local character, are closest to the near-Michigan Ave buildings north of Chicago Ave: The Chatelaine, The Seneca and 211 East Delaware. 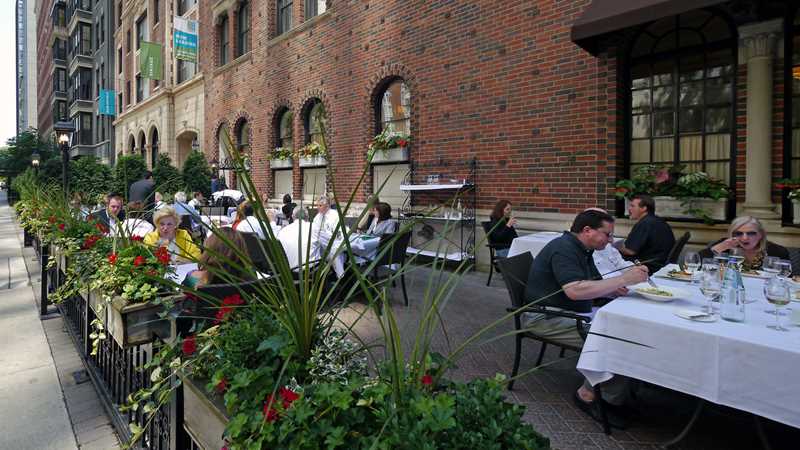 Francesca’s and Saloon Steakhouse are located in The Seneca, La Grande Vie is across the street in The Chatelaine, and Pelago Ristorante is around the corner next to 211 East Delaware.

Just west of these buildings there are nearly two dozen restaurants in the 900 North Michigan Shops, Water Tower Place and the John Hancock Center. 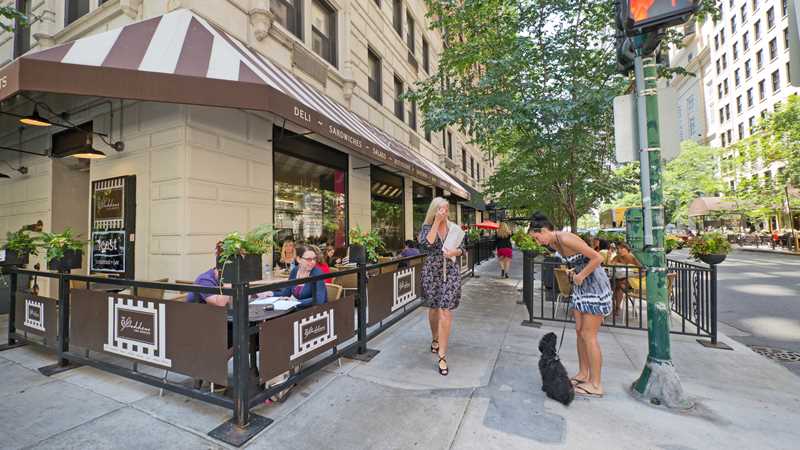 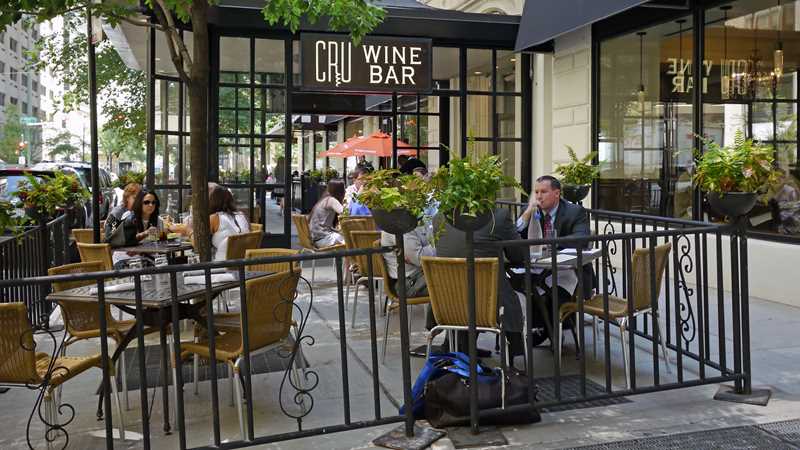 The Goddess and Grocer and Cru Kitchen & Bar are on Delaware, just west of Michigan Ave. 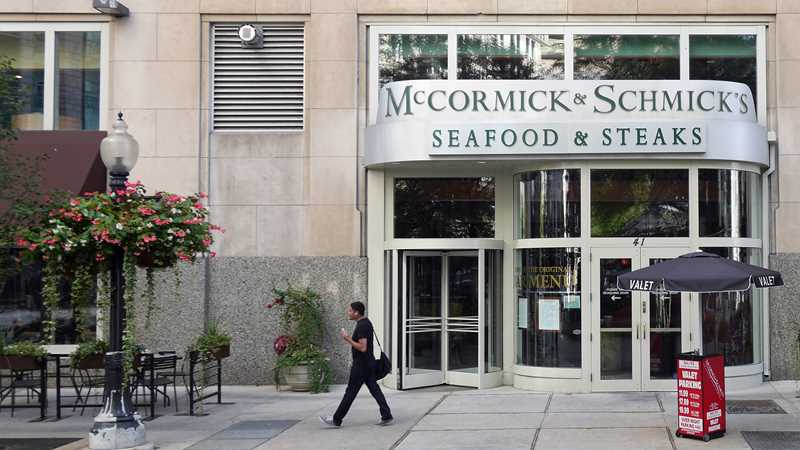 Just south of the Goddess, on Chestnut, you’ll see tree-shrouded Connors Park, home to a new Argo Tea, and across the street is McCormick & Schmick’s.

Just a bit north is one of the densest, most interesting restaurant clusters in Chicago – the so-called Viagra Triangle. 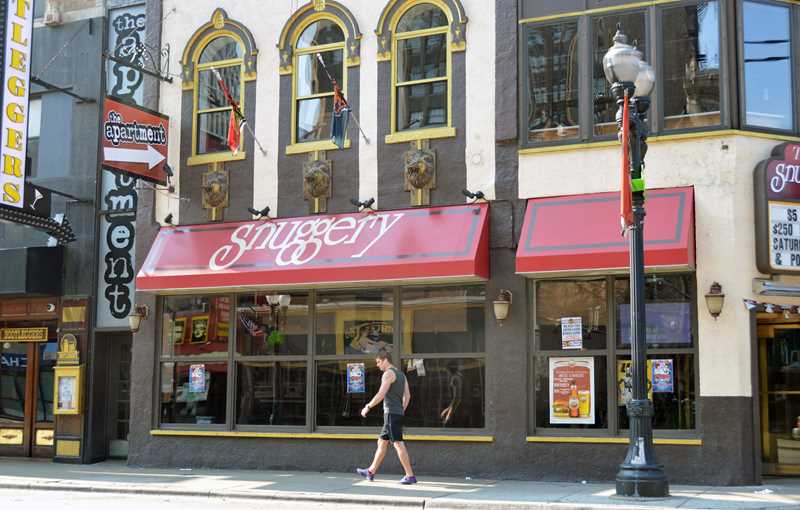 We’ve sketched only a few of the options available within a short walk of The Seneca, The Chatelaine and 211 East Delaware. All three of these buildings are vintage renovations and lack the rich amenities packages you’ll find in the newer buildings further south.

If you’re set on renting in a newer building, Optima Center also has great access to bars and restaurants, starting a block west of the building with the restaurants at the Shops at North Bridge, now including the wildly-popular and recently-opened Eataly, which alone boasts 23 restaurants. River North’s numerous restaurants, bars and nightlife are just a bit further west.

You’ll find links to our objective, visually-rich apartment reviews of Streeterville buildings, and links to near real-time availability checks for most of the buildings, at our Near North at-a-glance list, and some tips and advice at our Guide to renting in Streeterville.