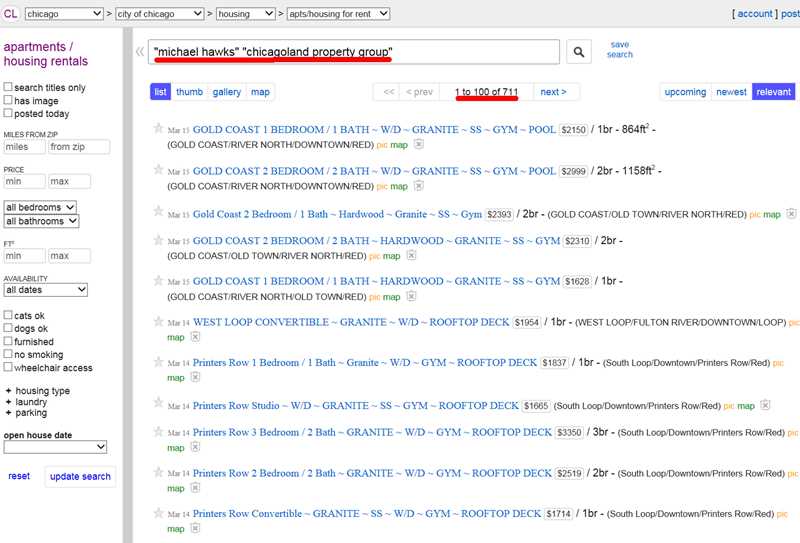 A quick scan of Hawks’ ads at Craigslist surfaced nearly 50 for 5 properties from which CPG does not have the written authorization required by the Illinois Real Estate License Act (the “Act”). We documented those ads with screen caps. We saw more illegal ads from Hawks in the course of our scan that we didn’t take the time to document.

Hawks engages in the same bait-and-switch underpricing that we’ve seen in ads from other CPG agents, advertises apartments that are unavailable, misstates property features, and posts pictures from one property in ads for another.

The Act imposes an obligation on Collin Walker, CPG’s managing broker, to supervise advertising by his agents. From everything I can see, Walker appears to be supervising his agents to flaunt the Act’s requirements for truthful advertising authorized in writing by the advertised properties.

Cleaning up after his mother, brother, sister, Zolecki, Seitz and Hawks won’t be enough to protect Collin Walker’s managing broker license. We’ll be monitoring the sea of Craigslist spam ads generated by other agents at CPG. And, of course, Collin’s own online behavior. We’ll email links to this post to both Collin Walker and Michael Hawks.