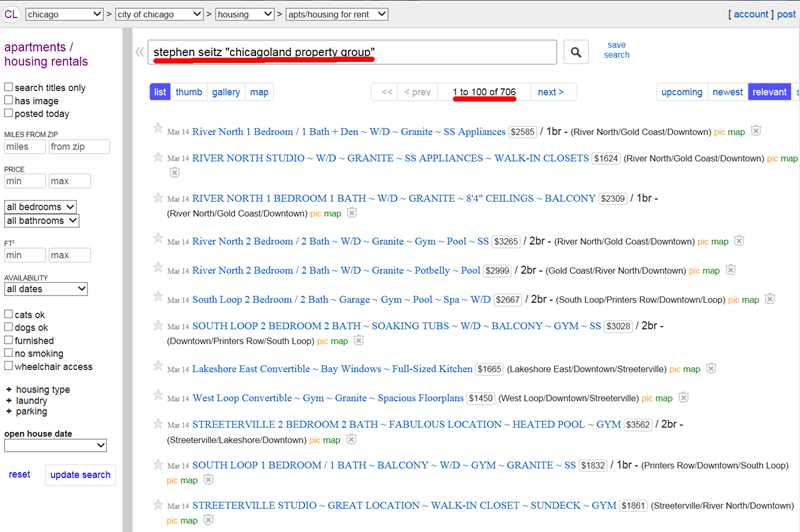 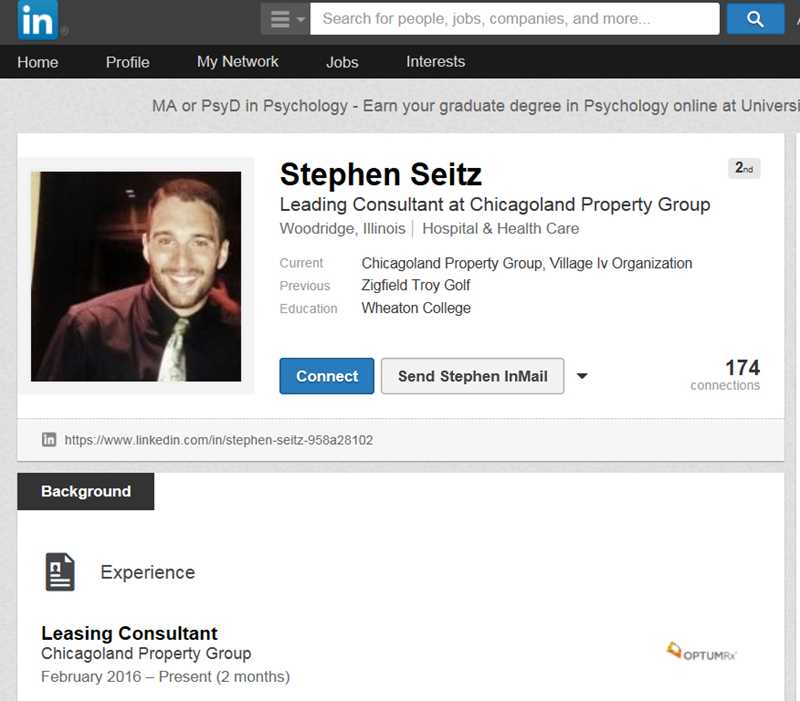 Seitz’ third-place rank among the prolific spammers at CPG is impressive, given his rookie status. His leasing agent license sponsorship by CPG is less than a month old. He operated under a 120-day student license beginning last September.

Seitz has quickly settled into CPG’s practice of advertising properties without the written authorization that the Illinois Real Estate License Act (the “Act”) requires. It didn’t take long for us to identify 99 Craigslist ads for five properties which have not given CPG permission to advertise.

For a novice, Seitz has become adept at the bait-and-switch advertising practiced by CPG leasing manager Jon Zolecki. Seitz ads for the five properties we documented either materially understated rents for available units or advertised unit types that were not available. Do Zolecki’s eyes sparkle when he sees a newbie so diligently following his example?

Collin Walker, the firm’s managing broker, has a responsibility under the Act to supervise the firm’s advertising practices, and risks suspension of revocation of his license for failing to do so if he has knowledge. There can be no doubt that he does, since CPG’s bait-and-switch illegal advertising has been extensive for years, and we’ve repeatedly written about it.

Cleaning up after his mother, brother, sister, Zolecki and Seitz won’t be enough to protect Collin Walker’s managing broker license. We’ll be monitoring the sea of Craigslist spam ads generated by other agents at CPG. And, of course, Collin’s own online behavior. We’ll email links to this post to both Collin Walker and Stephen Seitz.