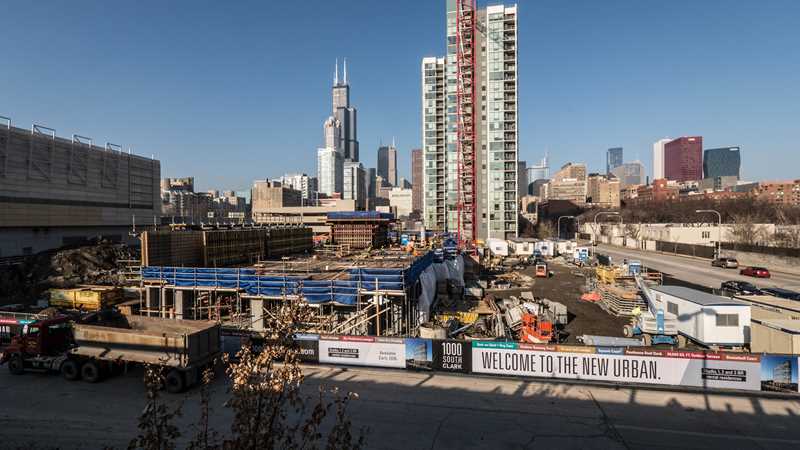 Last week I visited a number of the new apartment projects under construction in downtown Chicago to check on their progress.

Site prep has just begun at 1001 S State. Construction is making rapid progress at 1000 S Clark, pictured above, which is targeting occupancy late in 2015. 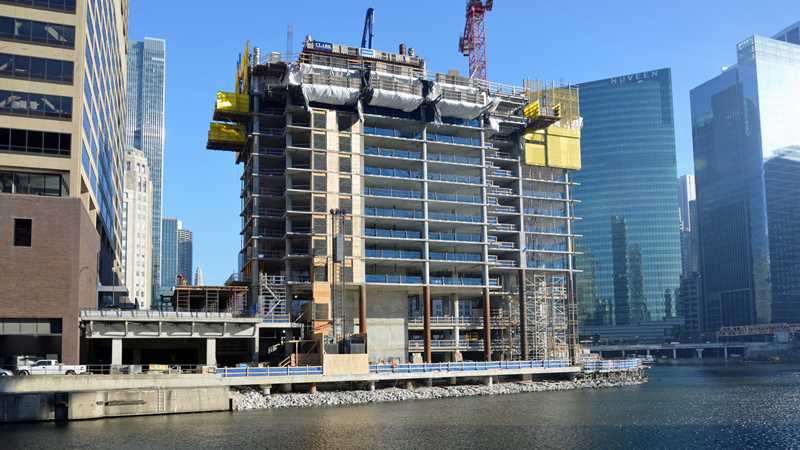 The Wolf Point apartment tower is advancing at the rate of a floor every three days toward its eventual 48-story height and late-2015 occupancy. 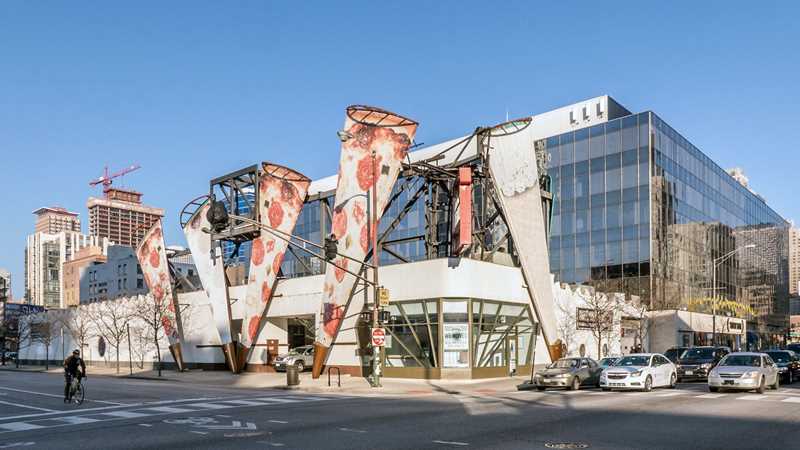 The Gino’s signage has been removed from 167 W Erie, the site of a planned 39-story, 400-unit tower, but construction activity has yet to begin. 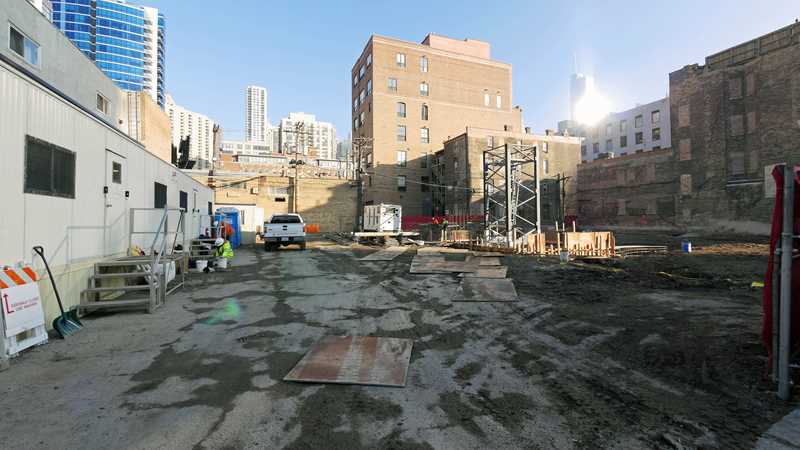 Erection of the tower crane has begun at 703 N Wells, a planned 12-story apartment building. The demolition of the adjacent Hoard Johnson motel for a new apartment tower has not begun. 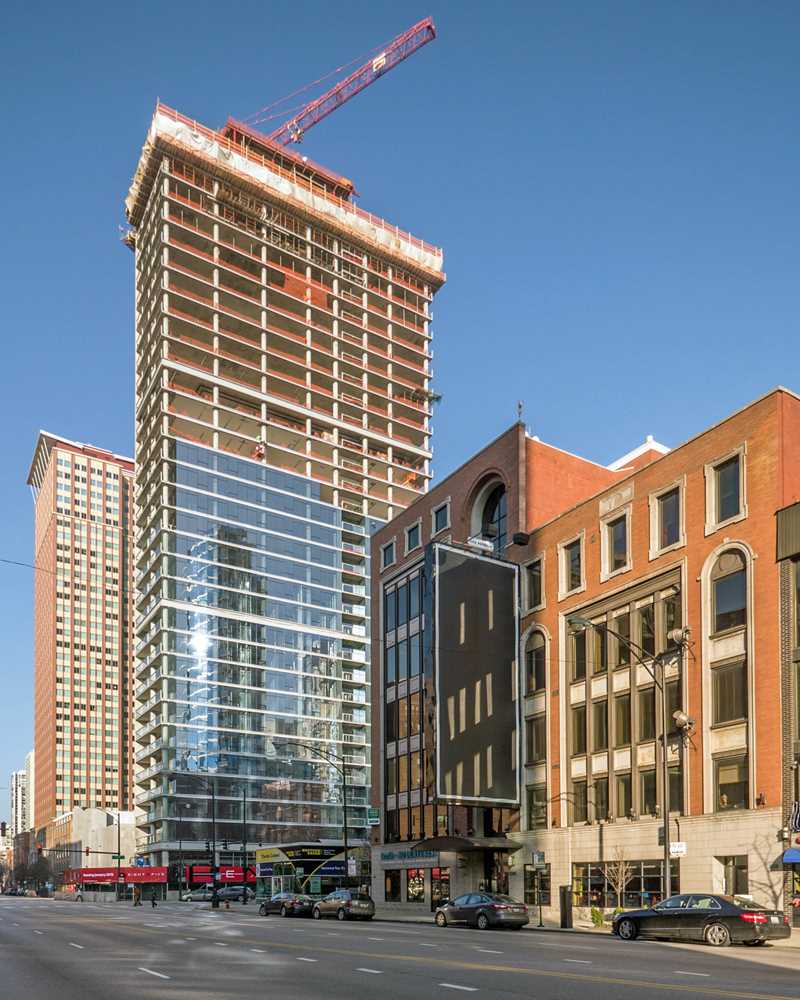 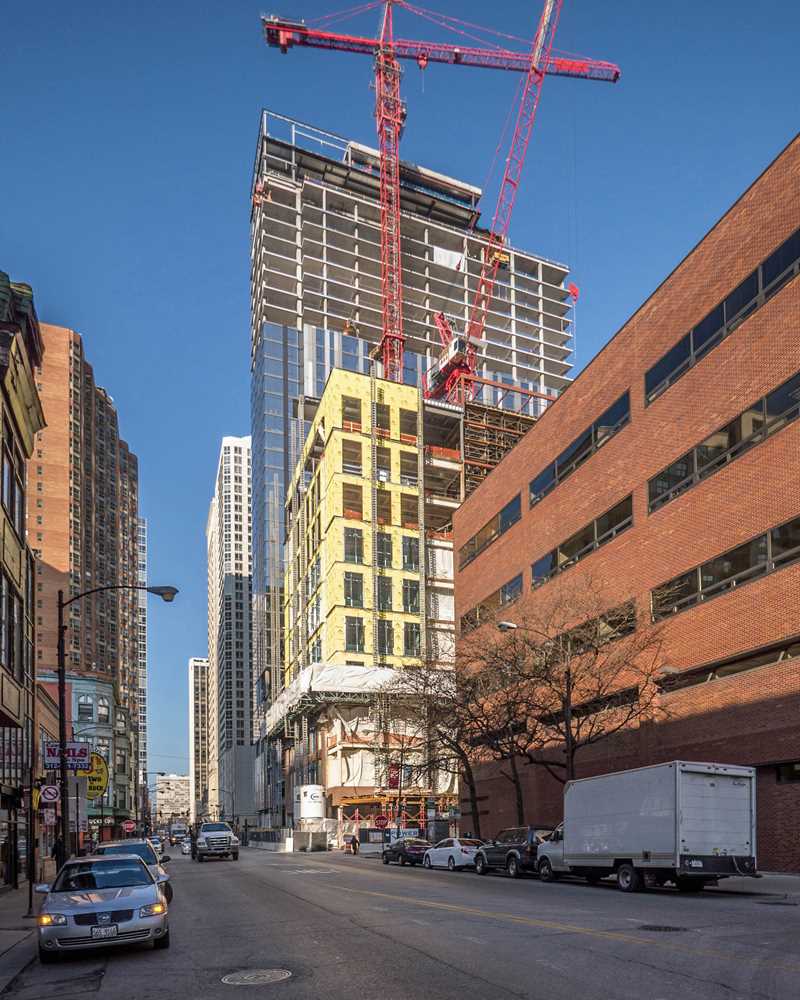 805 N LaSalle was one floor away from attaining its full 35-story height. The 367-unit, 35-story State & Chestnut development was topped out and glass installation was nearing completion. 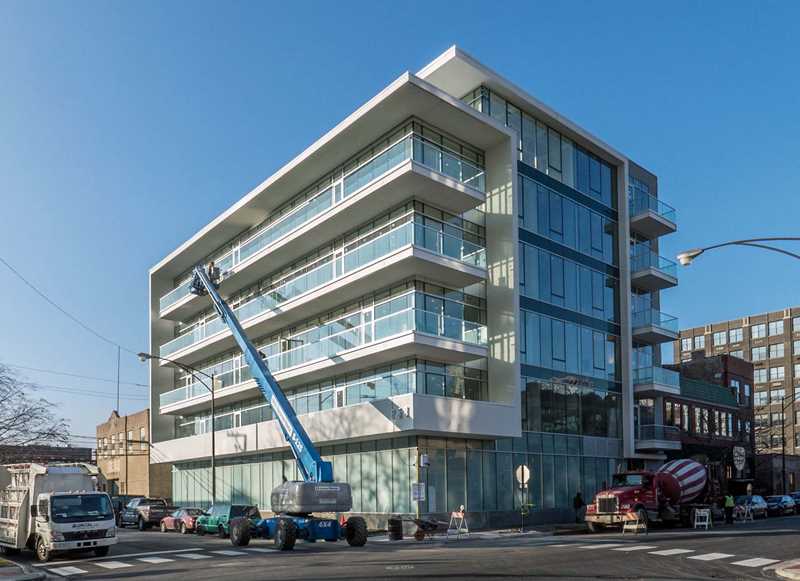 The 6-story, 23-unit apartment building at 858 N Franklin appeared to be nearly ready for occupancy. 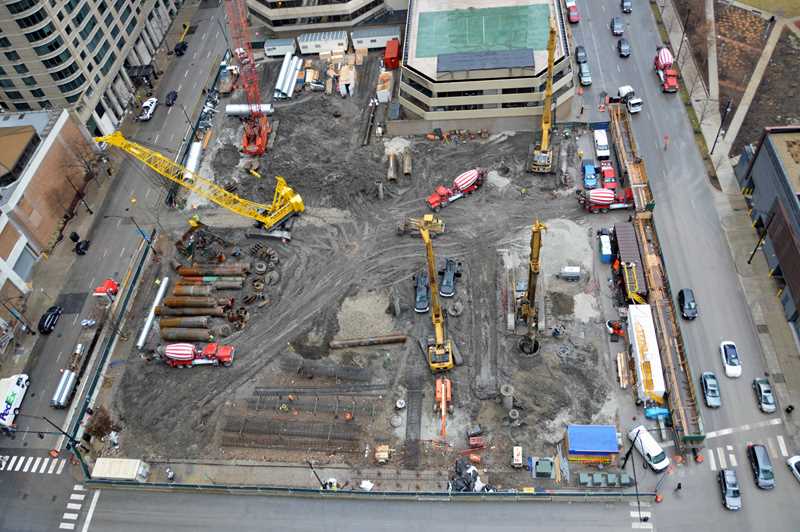 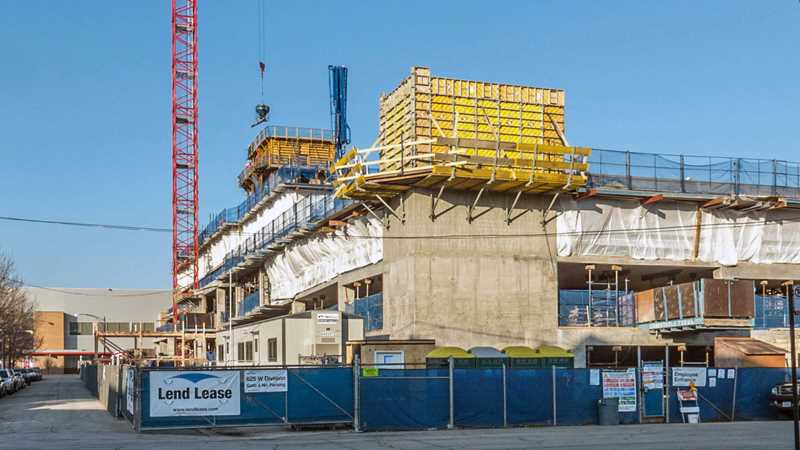 The 16-story, 240-unit 625 W Division, across from the new Target, is nearing the point at which it should begin climbing rapidly. 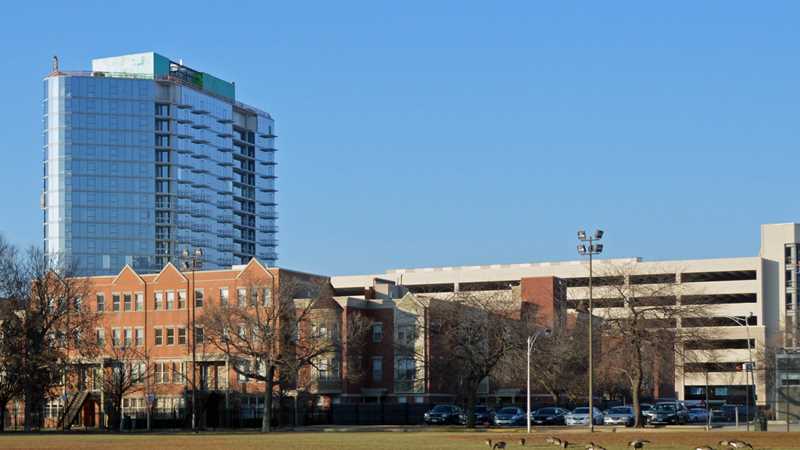 The New City apartment building is fully closed in. The tower crane is down and first occupancies may occur in late spring of 2015.

There are, of course, many more new apartment projects planned and underway in downtown Chicago, and you can see them all on our at-a-glance list.